On October 24, 1961, in response to a federal court decision that Birmingham’s racially segregated parks, golf courses, and playgrounds were unconstitutional, Birmingham officials publicly announced that they would close all public parks and facilities rather than racially integrate them.

In response to the October 24 court ruling, Birmingham’s mayor, Art Hanes, and the city’s police commissioner, Eugene “Bull” Connor, immediately announced the plan to close all city parks. By December, the city had eliminated funding to almost all of its parks and closed 67 of them, along with 38 playgrounds, four golf courses, and eight swimming pools.

Bull Connor defended the necessity of the city’s decision, insisting that integrating the parks “would only be the first step in total integration of our schools, churches, hotels, restaurants and everything else.” Mr. Connor received a flood of support from white Birmingham residents who wrote letters applauding the decision. One local newspaper, The Jeffersonian, applauded the closures and stated the move helped the white community “retain our white race and culture.” 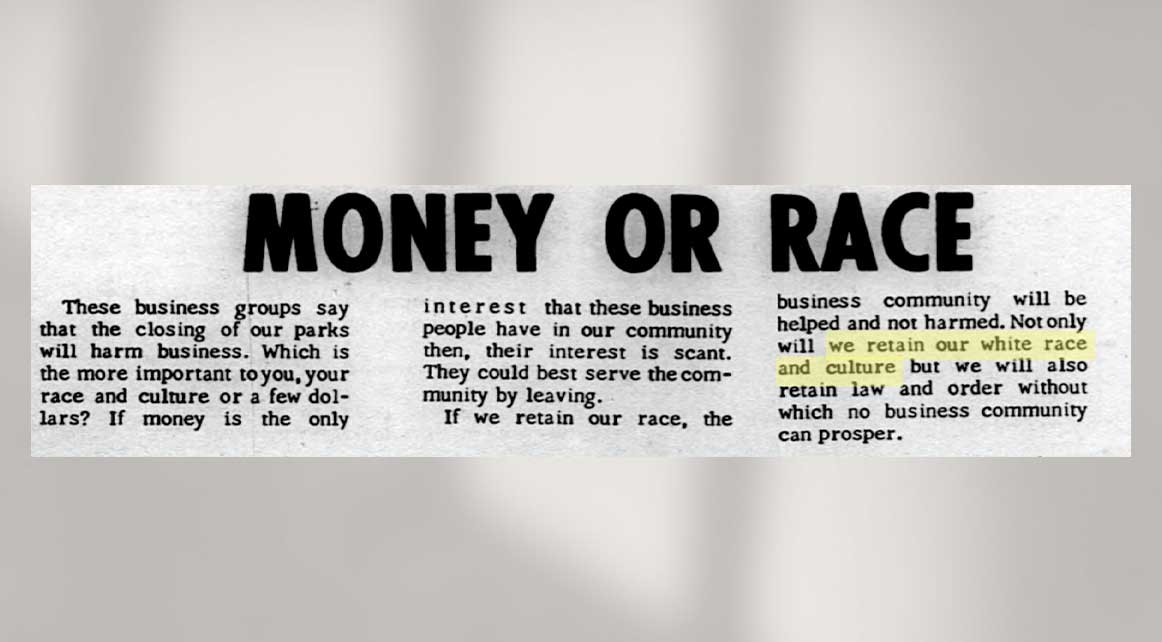 What happened in Birmingham was not unique. As courts ruled on the unconstitutionality of segregated facilities, white people across the South remained so committed to preventing racial integration that they voluntarily shut down public parks, swimming pools, and other recreational facilities—choosing to deny all citizens these benefits rather than to extend them to Black people. In some areas, this commitment to preserving and upholding segregation lasted a long time. Birmingham parks remained closed for two years, while some communities reopened parks but permanently shut down facilities like public pools. To learn more about the massive campaign millions of white Americans waged to oppose the fight for racial equality, read the Equal Justice Initiative’s report, Segregation in America.