Reverend George Lee, co-founder of the Belzoni, Mississippi, NAACP and the first African American to register to vote in Humphreys County since Reconstruction, was shot and killed in Belzoni on May 7, 1955. He is considered one of the early martyrs of the Civil Rights Movement.

Rev. Lee first moved to Belzoni to preach, but began working to register other African Americans to vote after the local NAACP was founded in 1953. He later served as chapter president and successfully registered some 100 African American voters in Belzoni—an extraordinary feat considering the significant risk of violent retaliation facing Black voters in the Deep South at the time.

Belzoni was also home to a White Citizen's Council—a group of white residents actively working to suppress civil rights activism and maintain white supremacy through threats, economic intimidation, and violence. The council learned of Rev. Lee's voter registration efforts and targeted him with threats and intimidation, but he was undeterred.

While Rev. Lee was driving home on the night of May 7, gunshots were fired into the cab of his car, ripping off the lower half of his face. He later died at Humphreys County Medical Center. When NAACP field secretary for Mississippi Medgar Evers came to investigate the death, the county sheriff boldly denied that any homicide had taken place; instead, he claimed that Rev. Lee had died in a car accident and that the lead bullets found in his jaw were dental fillings.

An investigation revealed evidence against two members of the local White Citizen's Council, but when the local prosecutor resisted moving forward, the case stalled. The NAACP memorial service held in Rev. Lee's honor was attended by more than 1,000 mourners.

In April 2019, the Equal Justice Initiative dedicated a monument honoring Rev. George Lee and 23 other Black men, women, and children killed in acts of racial violence in the 1950s. Hundreds of community members gathered to support the act of remembrance, including family and community members connected to each of the named victims. Ms. Helen Sims, founder and operator of the Rev. George Lee Museum in Belzoni, was present to stand for the memory of Rev. Lee. 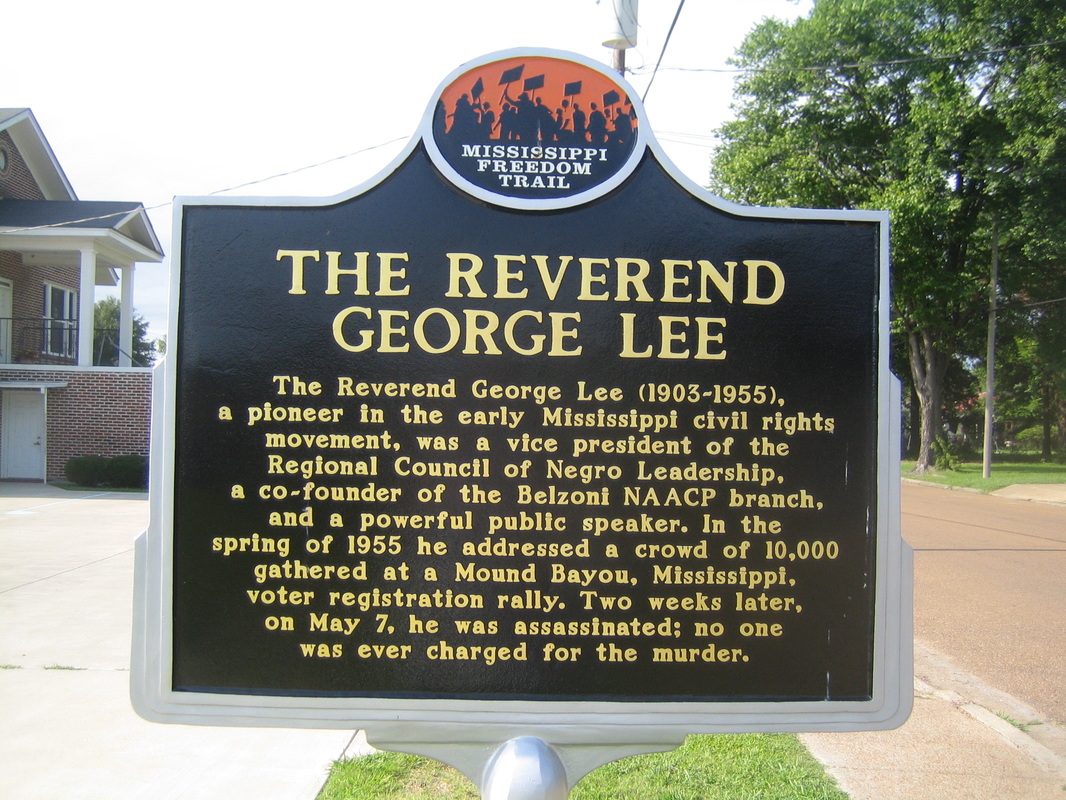