On August 16, 1904, a mob of unmasked white men in Marengo County, Alabama, lynched Rufus Lesseur, a 24-year-old Black man, and left his body riddled with bullets.

Less than two days earlier, a white woman in Thomaston, Alabama, claimed that a Black man had entered her home and frightened her. After someone claimed that a hat found near the woman’s home belonged to Mr. Lesseur, a mob of white men formed and kidnapped him. The white men transported a terrified Mr. Lesseur into the nearby woods, and locked him in a tiny calaboose, or makeshift jail (pictured above), for more than a day.

Black people carried a heavy presumption of guilt during this era, and many hundreds of Black people across the South were lynched based on false allegations, accusations of non-serious crimes, and even for non-criminal violations of social customs and racial expectations. Such “offenses” could be something as simple as arguing with or insulting a white person or, as in this case, frightening a white woman.

At 3 am on August 16, without an investigation, trial, conviction of any offense, or a sentencing proceeding, a mob of white men broke into the locked shack, seized Mr. Lesseur, dragged him outside, and lynched him, riddling his body with bullets.

Although he was lynched by a mob of unmasked white men in a town with only 300 residents, state officials claimed that no one could be identified, arrested, or prosecuted for his murder. Mr. Lesseur is one of at least four Black victims of racial terror violence in Marengo County, Alabama, between 1877 and 1950.

Today, the makeshift jail where Mr. Lesseur was unlawfully held still stands in Thomaston. Read EJI's report, Lynching in America, to learn more about the lynching of Rufus Lesseur, and this era of racial terror violence. 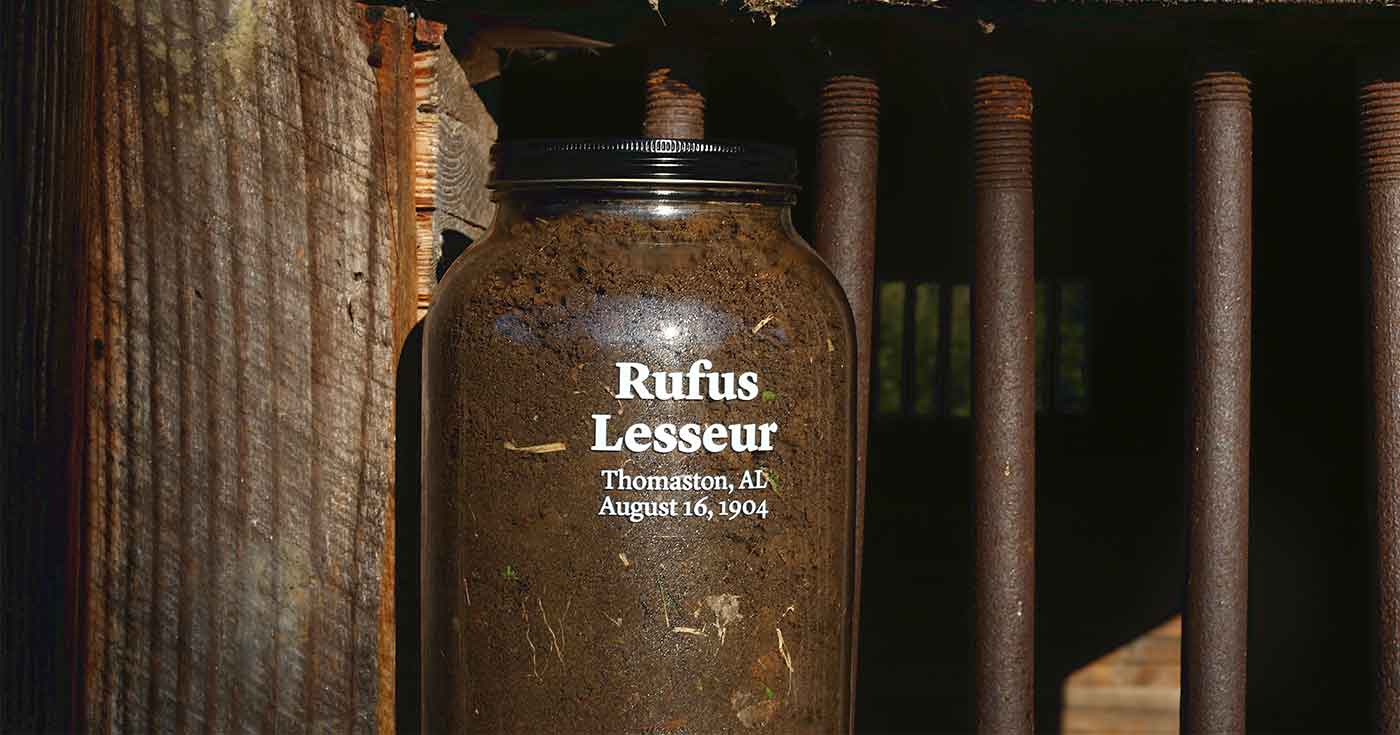