On September 16, 1928, a Category 4 hurricane with winds of 140 miles per hour made landfall in Palm Beach County, Florida. The hurricane destroyed a levee that protected a number of small, low-lying farming communities from the waters of Lake Okeechobee. Water from Lake Okeechobee rushed in when the levee was destroyed, killing thousands. Most residents in these areas were Black migrant farm workers.

After the hurricane, Black survivors were forced to recover the bodies of those killed. The officials in charge of the recovery effort ordered that food would be provided only to those who worked, and some people who refused to work were shot.

The bodies of white storm victims were buried in coffins in local cemeteries, but local officials refused to provide coffins or proper burials for Black victims. Instead, their corpses were stacked in piles by the side of the roads, doused in fuel oil, and burned. Authorities bulldozed the bodies of 674 Black victims into a mass grave in West Palm Beach. The mass grave was not marked and the site was later sold for private industrial use—first used as a garbage dump, then a slaughterhouse, and then a sewage treatment plant.

The city of West Palm Beach purchased the land containing the mass grave in 2000. Eight years later, on the 80th anniversary of the storm, officials erected a plaque and historical marker at the site. 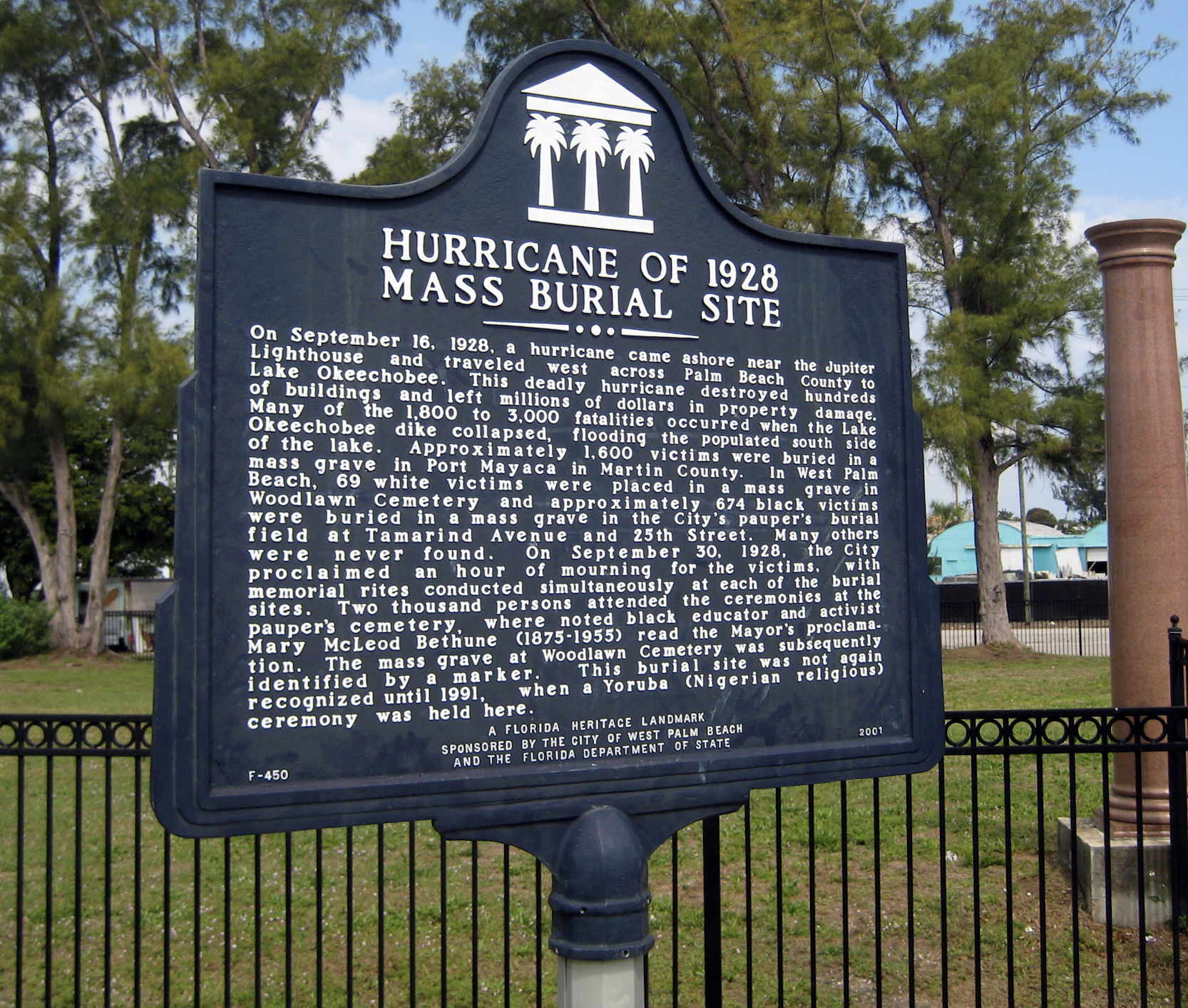