On October 27, 1986, President Ronald Reagan signed the Anti-Drug Abuse Act of 1986. The law created a significant disparity in the sentences imposed in federal courts for crimes involving powder cocaine versus those imposed for crimes involving crack cocaine, with mandatory minimum sentences set at a 100:1 ratio.

For instance, a drug crime involving five grams of crack cocaine resulted in a mandatory minimum sentence of five years in federal prison, while crimes involving up to 500 grams of powder cocaine received a lower sentencing recommendation.

This sentencing disparity was not based on credible scientific evidence about a differing biological impact between cocaine in powder form versus crack form, but it had clear racial results. In the years following the enactment of the Anti-Drug Abuse Act, the number of Black people sent to federal prison ballooned from approximately 50 in 100,000 adults to nearly 250 in 100,000 adults. During the same period, there was almost no change in the number of white people incarcerated in federal prison. Disparities in sentence lengths also increased: in 1986, Black people received drug sentences 11% longer than sentences received by white defendants, on average, but that disparity increased to 49% in the years following the law's enactment.

This law, along with the "War on Drugs" overall, significantly contributed to huge increases in the American prison and jail population, which grew from approximately 500,000 in 1980 to nearly 2.3 million in 2013. 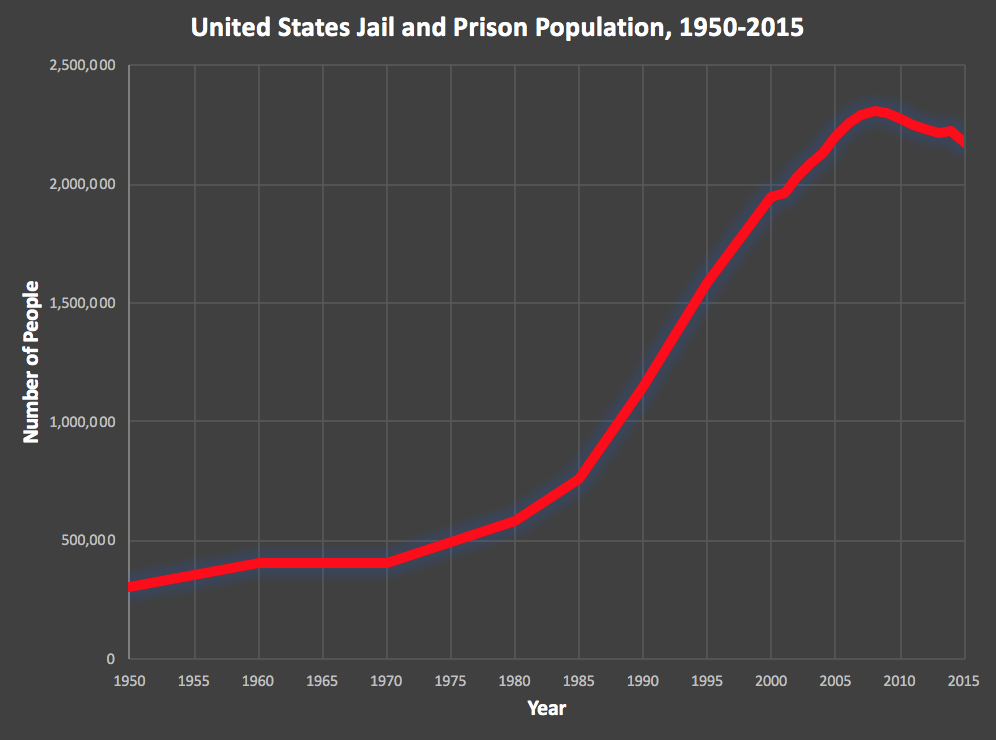