On October 13, 1920, members of the Black community in Roxboro, North Carolina, were terrorized by an ongoing campaign from a white lynch mob, threatening them to leave their homes or face racial violence.

In July 1920, a mob of local white residents in Roxboro seized an innocent Black farmworker, Ed Roach, from the Person County Jail where he was being held for the alleged assault of a white girl. In broad daylight, the mob took Mr. Roach to the churchyard, hung him from a tree, and riddled his body with bullets. In the days after the lynching, Mr. Roach’s employer signed a written statement affirming Mr. Roach’s innocence, stating that he had been working with him when the crime occurred. No one was held accountable for his death. 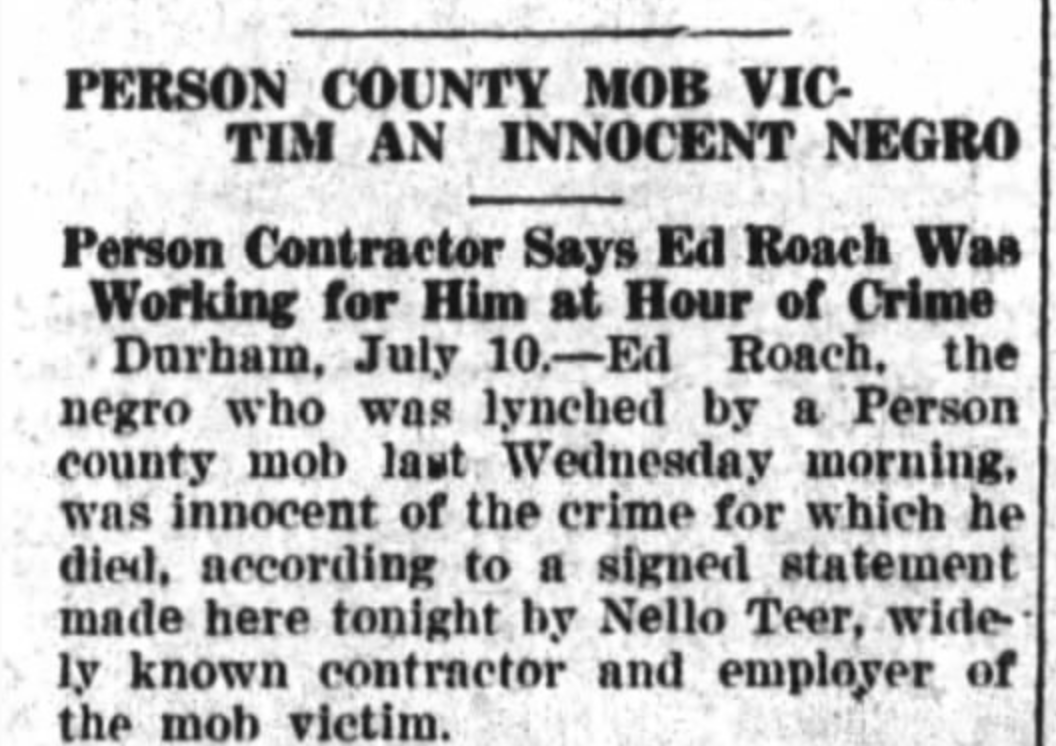 In the early weeks of October, a Black community member received a letter signed from the “Person County Mob” that instructed him to leave town “or face a fate similar to that suffered by Ed Roach.” For weeks, each day, more letters were sent by the “Person County Mob” that called for the removal of the Black community from Roxboro or threatened violence.

An older Black woman who lived in a predominantly white area of the county received a letter telling her to move from her home within one week or face violence. She refused to move and sticks of dynamite were detonated at her home while she was in it, tearing out the windows and doors of her house. She survived but was forced to move from her home.

In addition, white landowners were told to assist in getting Black tenants to leave and everyone was required to support the eviction of Black residents. No one was ever held accountable for this violence and terrorism in Person County.