On May 3, 1913, California enacted the Alien Land Law, barring Asian immigrants from owning land. California tightened the law further in 1920 and 1923, barring the leasing of land and land ownership by American-born children of Asian immigrant parents or by corporations controlled by Asian immigrants. These laws were supported by the California press, as well as the Hollywood Association, Japanese and Korean (later Asiatic) Exclusion League and the Anti-Jap Laundry League (both founded by labor unions). Combined, these groups claimed tens of thousands of members.

Though especially active in California, animosity for Asian immigrants operated on the national level too. In May 1912, President Woodrow Wilson wrote to a California backer: “In the matter of Chinese and Japanese coolie immigration I stand for the national policy of exclusion (or restricted immigration)...We cannot make a homogeneous population out of people who do not blend with the Caucasian race...Oriental coolieism will give us another race problem to solve, and surely we have had our lesson.”

California did not stand alone. Arizona, Arkansas, Florida, Idaho, Kansas, Louisiana, Missouri, Minnesota, Montana, New Mexico, Oregon, Texas, Utah, Washington, and Wyoming all enacted discriminatory laws restricting Asians’ rights to hold land in America. In 1923, the U.S. Supreme Court reviewed various versions of the discriminatory land laws—and upheld every single one. Most of these discriminatory state laws remained in place until the 1950s, and some even longer. Kansas and New Mexico did not repeal their provisions until 2002 and 2006, respectively. Florida's state constitution contained an alien land law provision until 2018, when voters passed a ballot measure to repeal it. 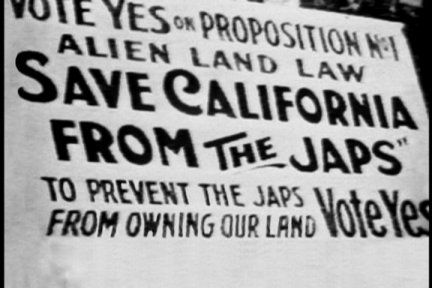