On March 24, 1942, the U.S. government began army-directed evictions and evacuations, forcing over 200 Japanese American residents on Bainbridge Island in Washington state to evacuate their homes within six days. Any person of Japanese ancestry found on the island after noon on March 30 was subjected to criminal penalties.

During the early 20th century, prejudice against Japanese Americans was rampant in the U.S. After Japanese military forces bombed American forces at the Pearl Harbor naval base in Hawaii in December 1941, the U.S. entered World War II. Anti-Japanese bigotry quickly worsened, and many political leaders and media outlets called for the internment of individuals of Japanese descent residing in the western portion of the country. Bainbridge Island was cited as a high sensitivity area due to its proximity to the Puget Sound Navy Yard.

Just hours after the bombing of Pearl Harbor, the FBI arrested and detained over a thousand Japanese religious and community leaders and searched the private homes of thousands of Japanese Americans living on the West Coast. By February, advisors to President Franklin D. Roosevelt declared that “the Japanese race is the enemy race” and, on February 19, 1942, the President signed Executive Order 9066, authorizing military leaders to detain Japanese Americans in camps, en masse, without due process. 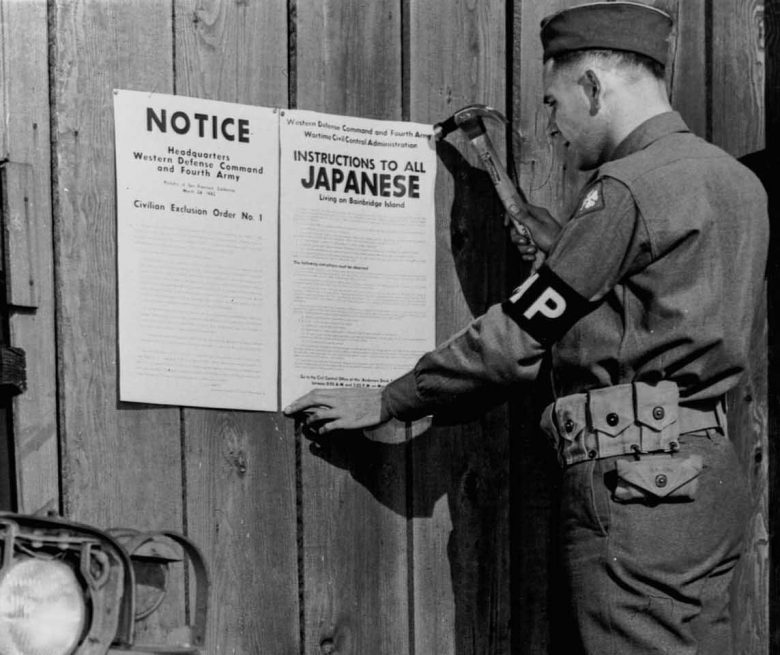 Although the Department of Justice and the Federal Bureau of Investigation insisted that people of Japanese descent did not pose a security threat, the internment process began soon after this executive order was signed. On March 24, 1942, the U.S. military ordered all individuals of Japanese ancestry residing on Bainbridge Island in Washington to report to concentration camps within seven days. Individuals possessing at least 1/16 Japanese blood were required to leave their homes and dispose of their possessions and businesses and were given a paper identification tag. Couples who possessed different ancestry under these guidelines were separated. In the concentration camps, conditions were prison-like: armed guards and barbed wire surrounded the camps and housing areas were overcrowded and filthy.

Internment was politically popular and faced no serious opposition from elected officials or the courts. In 1944, the Supreme Court decided Korematsu v. United States, upholding the constitutionality of the internment order and authorizing the continued detention of Japanese Americans. Between 1942 and 1944, 120,000 individuals of Japanese descent were interned, 70,000 of whom were American citizens.

When the internment order was officially rescinded in January 1945, after the end of the war, individuals were released from internment but received no compensation for their lost property and mistreatment. More than four decades later, in 1988, the United States passed an act formally apologizing for internment and authorizing a $20,000 redress payment to each living internment survivor. 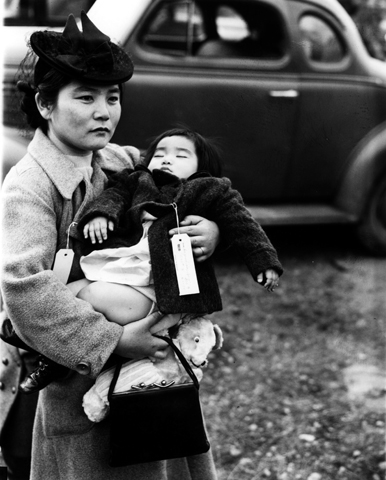