On September 6th, 1913, 12 Black men held at a prison farm in Richmond, Texas, were placed in an underground cell as punishment for not picking cotton fast enough. Eight of those men died of asphyxiation. The cell was nine feet long, seven feet wide, and seven feet high, and temperatures outside neared 100 degrees Fahrenheit. The only ventilation in the cell came from four small holes connected to pipes in the ceiling that were “just large enough to admit a quarter.” The next day, inspectors found that one of the holes had been plugged.

Accused of “laziness in picking cotton” while being forced to work on a prison farm, all 12 men were left in this cramped cell overnight. Three of the surviving men explained that they were each able to position themselves by one of the three working holes in the ceiling. The fourth survived by pressing his face against the crack at the bottom of the door. They cried out repeatedly to guards throughout the night; “Men are dying in here,” they yelled. The guards ignored them, claiming that “it is always the case for prisoners confined as the men were to make such cries.” Early the next morning, when the guard on duty heard the men shouting that one of them was dead, he opened the cell and had two of the prisoners remove one of the dead bodies. The guard “did not stop to ascertain” if any of the other men inside were dead. Instead, he waited for his manager to arrive before they reopened the cell to find eight of the men inside had suffocated to death.

No one was ever held accountable for the deaths of these men. The Attorney General of Texas ultimately concluded that prison officials were not culpable because placing these men in this suffocating chamber, and failing to listen to their pleas for help, did not violate the law.

Four of the men were buried on the property at Jester State Prison Farm, which still houses inmates today. Learn more about how millions of Americans today continue to be incarcerated in overcrowded, violent, and inhumane jails and prisons that do not provide treatment, education, or rehabilitation, and how cultures of indifference within prisons and jails continue to result in death. 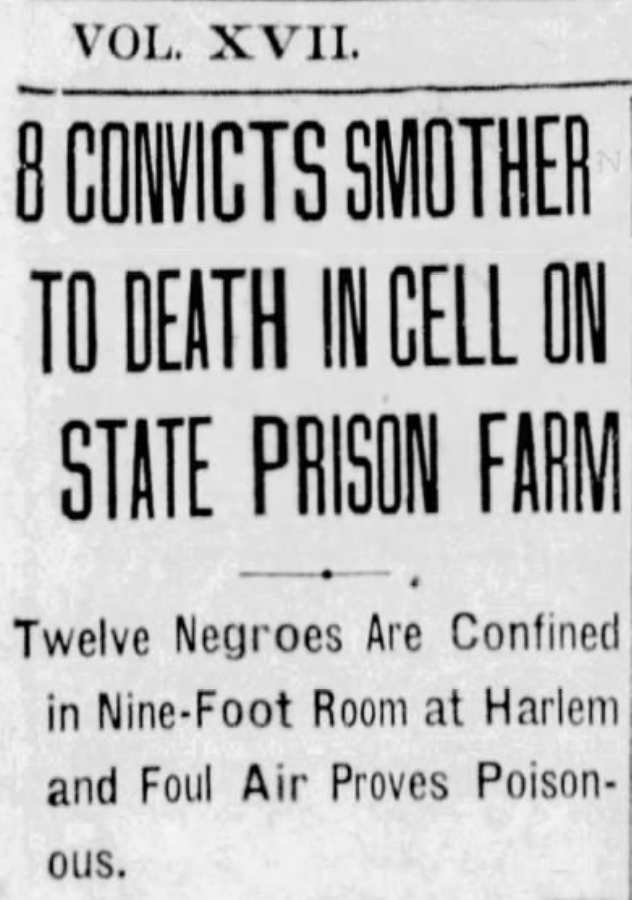