On October 3, 1912, Frank Wigfall, a Black man who had been threatened with mob violence at a Wyoming jail, was moved to the state penitentiary for “safe keeping” where he was soon lynched by 100 white prisoners.

Mr. Wigfall had been accused of assaulting a white woman and was taken to the Carbon County Jail. During the era of racial terror lynchings, charges of sexual assault against Black men, even when made with unsubstantiated evidence, regularly aroused violent white mobs. Shortly after his detention at the jail, a white mob attempted to seize Mr. Wigfall to lynch him. In response, the local Sheriff transferred him from the county jail to the state penitentiary for “safe keeping.” The next morning, 100 white prisoners attacked Mr. Wigfall while he was getting his breakfast, one of them producing a rope, and they proceeded to hang him from the balcony inside the state penitentiary.

The white inmates had been shouting their intentions to lynch Mr. Wigfall from their cells all morning. Notwithstanding their repeated threats, the prison provided no security, which allowed 100 white prisoners to abduct Mr. Wigfall before hanging him by a rope. No one was held accountable for Mr. Wigfall’s death although it was widely known which prison officials and prisoners were culpable. 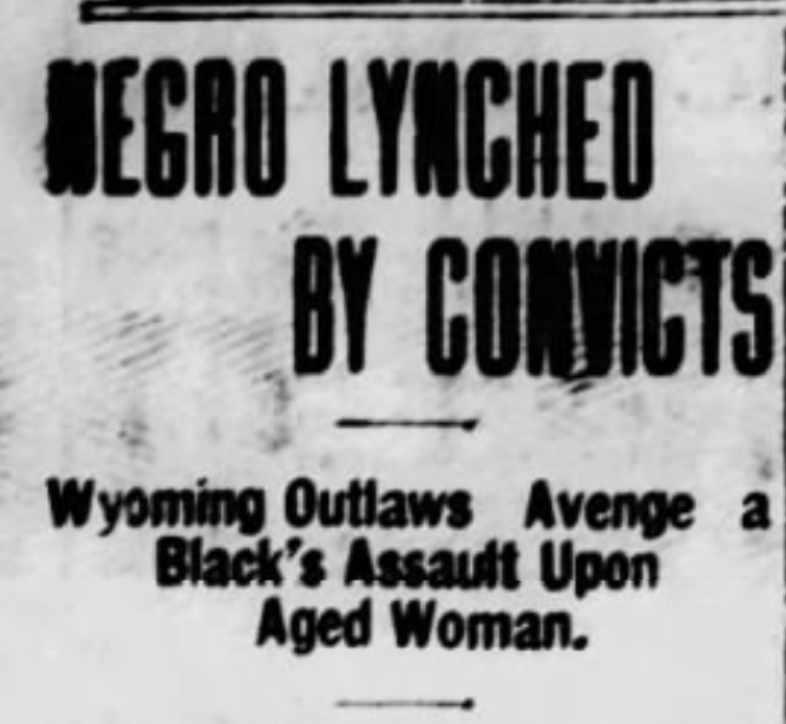