For decades, the University of North Carolina had an active slave leasing program, whereby the University “leased” hundreds of enslaved Black people to students for a fee. On November 25, 1829, after a Black man escaped the University grounds and sought his freedom, rewards were issued to effectuate his recapture and re-enslavement on UNC grounds.

On November 25, 1829, as part of this trafficking scheme, a graduate of UNC issued rewards for the capture of a Black man named James who had been trafficked to work at the University for the prior four years. James had sought his freedom from enslavement and ran away from campus. The ad was placed in several local newspapers, and encouraged people with information about James’s whereabouts to direct their correspondence to UNC to effectuate his recapture.

To learn more about the history of enslavement in America, read the Equal Justice Initiative’s report, Slavery in America. 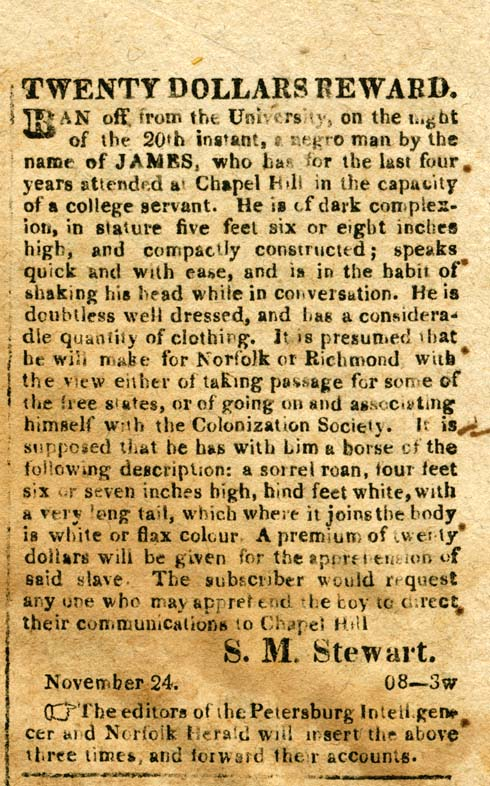