In 1916 and 1917, thousands of African Americans moved from the rural South to East St. Louis in search of industrial work. White residents, along with the city's political leaders, attempted to discourage Black migration and prohibited railroads from transporting Black people to the region. When these attempts failed, white residents used violence to intimidate, expel, and destroy the African American population.

From July 2 through July 5, 1917, at least 39—and some estimate as many as 200—African Americans were shot, hanged, beaten to death, or burned alive after being driven into burning buildings. The riots caused more than $400,000 in property damage and prompted 6,000 African Americans—more than half of East St. Louis’s African American population—to flee the city. While 105 people were indicted on charges related to the riot, only 20 members of the white mob received prison sentences for their roles in perpetrating the extreme violence and killings. 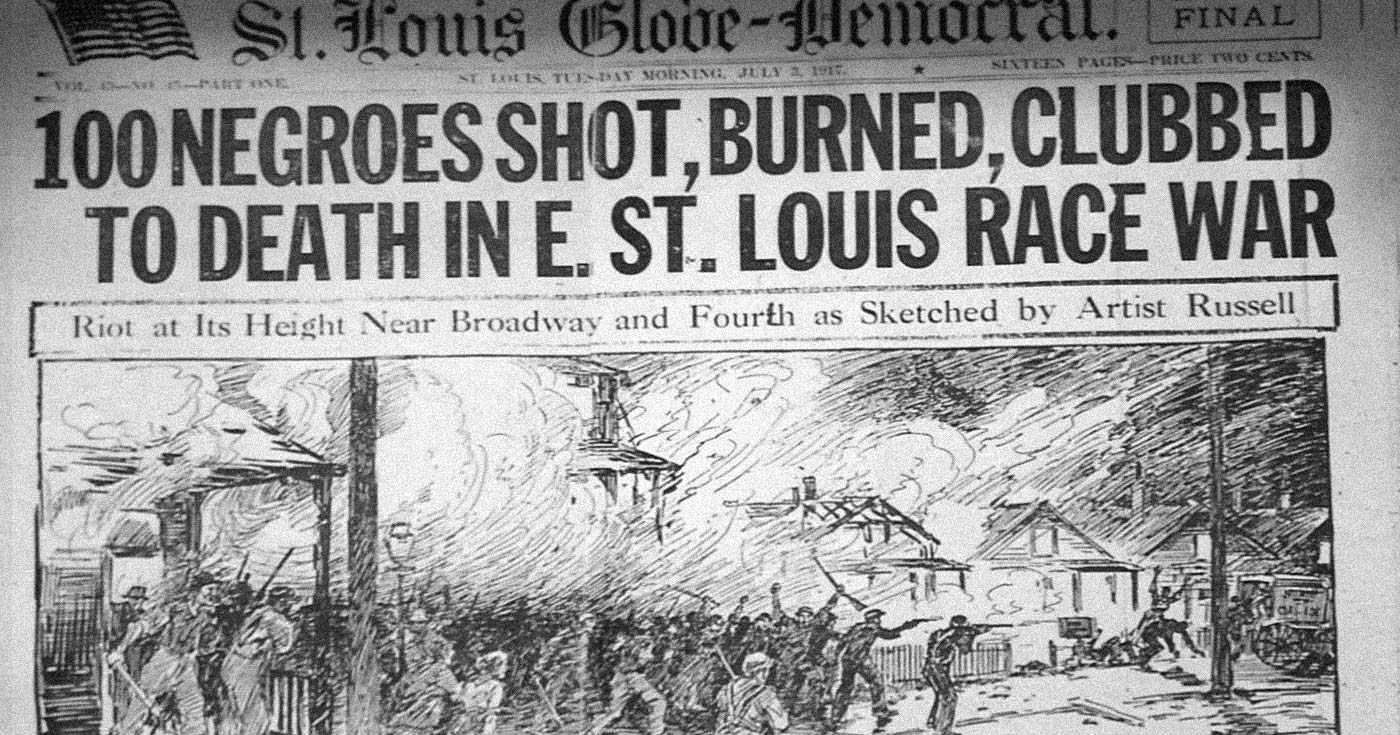