On July 25, 1946, a white mob lynched two Black couples near Moore’s Ford Bridge in Walton County, Georgia, in what has been called “the last mass lynching in America.” The victims were George W. Dorsey and his wife, Mae Murray, and Roger Malcom and his wife, Dorothy, who was seven months pregnant. Mr. Dorsey, a World War II veteran who had served in the Pacific for five years, had been home for only nine months.

On July 11, Roger Malcom was arrested after allegedly stabbing a white farmer named Barnette Hester during a fight. Two weeks later, J. Loy Harrison, the white landowner for whom the Malcoms and the Dorseys sharecropped, drove Mrs. Malcom and the Dorseys to the jail to post a $600 bond. On their way back to the farm, the car was stopped by a mob of 30 armed, unmasked white men who seized Mr. Malcom and Mr. Dorsey and tied them to a large oak tree. Mrs. Malcom recognized members of the mob, and when she called on them by name to spare her husband, the mob seized her and Mrs. Dorsey. Mr. Harrison watched as the white men shot all four people 60 times at close range. He later claimed he could not identify any members of the mob.

The Moore’s Ford Bridge lynchings drew national attention, leading President Harry Truman to order a federal investigation and offer $12,500 for information leading to a conviction. A grand jury returned no indictments and the perpetrators were never held accountable. The FBI recently reopened its investigation into the lynching, only to encounter continued silence and obstruction at the highest levels. In response to charges that he was withholding information, Walton County Superior Court Judge Marvin Sorrells, whose father worked for Walton County law enforcement in 1946, vowed that “until the last person of my daddy’s generation dies, no one will talk.”

In recent years, the tragic lynching at the Moore's Ford Bridge has inspired varied activism including an annual memorial march and legal efforts to gain access to sealed grand jury transcripts—all important ways of confronting the truth of this deadly hate and terror. Learn more about the era of racial terror lynchings in the U.S. through the reports, Lynching in America: Confronting the Legacy of Racial Terror and Lynching in America: Targeting Black Veterans. 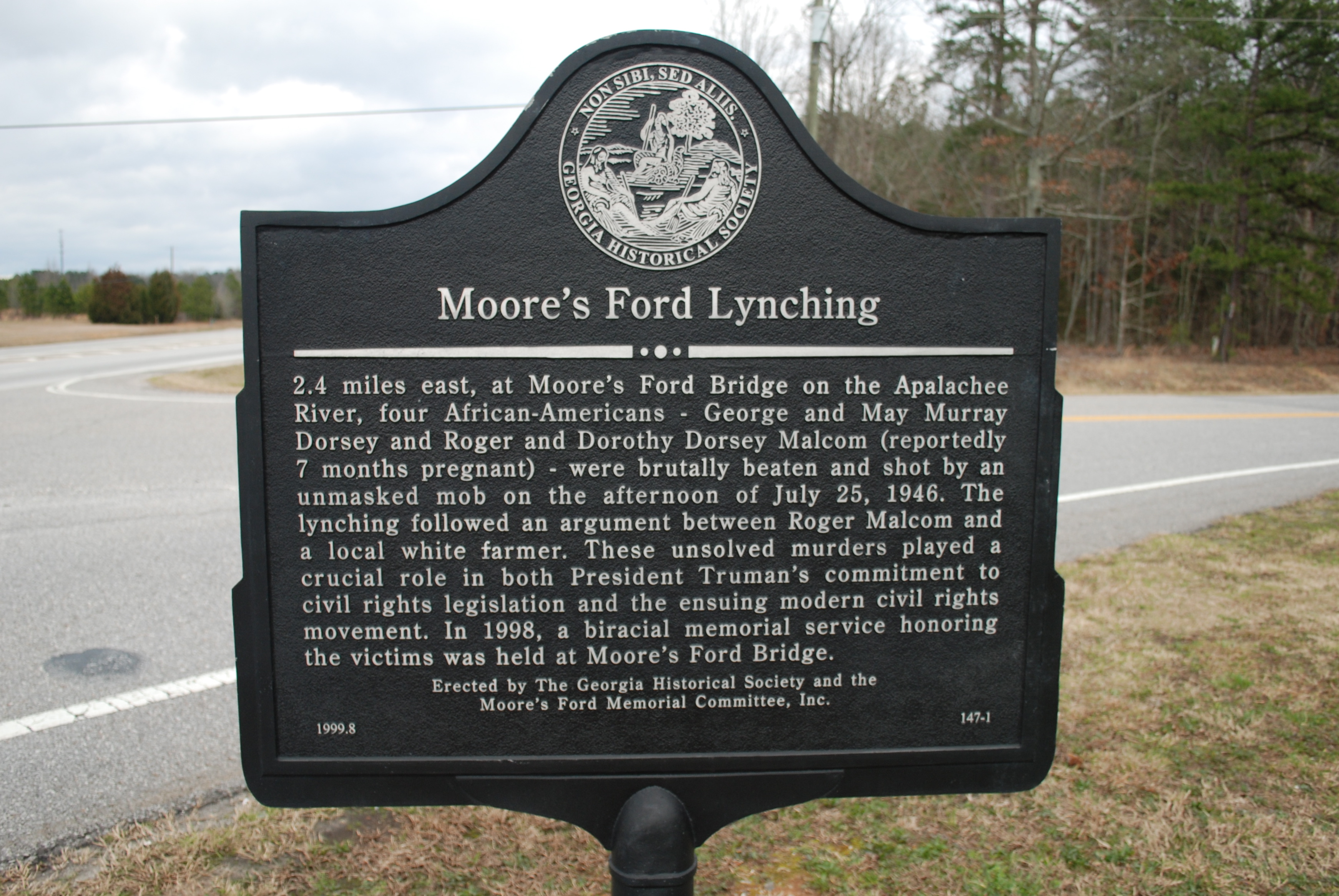