On July 2, 1822, Denmark Vesey, a free Black carpenter, was executed in Charleston, South Carolina, for planning to emancipate enslaved people. Weeks before his execution, Mr. Vesey was accused of designing a rebellion to emancipate thousands of enslaved Black people from Charleston and the surrounding plantations. Even though no rebellion ever occurred and no white people were harmed in any way, Mr. Vesey and 34 other people allegedly involved were executed.

In 1781, a Carolina-based slave trader named Joseph Vesey “purchased” Mr. Vesey, who was in his mid-teens at the time. Mr. Vesey was enslaved in Charleston for many years until he won a street lottery in 1799 that allowed him to “buy” his freedom. However, the man who enslaved his wife refused to allow him to “purchase” her freedom, so she remained in bondage. He became a carpenter and was a well-respected community member in Charleston.

In 1818, Mr. Vesey co-founded an independent African Methodist Episcopal (AME) Church in Charleston that quickly attracted a congregation of over 1,800 members, making it one of the largest Black churches in the country.

After Mr. Vesey was executed, white Charleston officials claimed the Black church had played a crucial role in the planning. They ordered the AME members to disperse and burned the church to the ground. Black churches were soon outlawed in Charleston; the AME church was the last Black church to exist there until after the Civil War. In 1865, under the leadership of Mr. Vesey’s son, Robert Vesey, the church was finally rebuilt. Nearly 200 years after Mr. Vesey’s execution, in 2015, a white 21-year-old attended bible study at the church—renamed the Emanuel AME Church—and opened fire on the other worshippers in attendance, all of whom were Black. 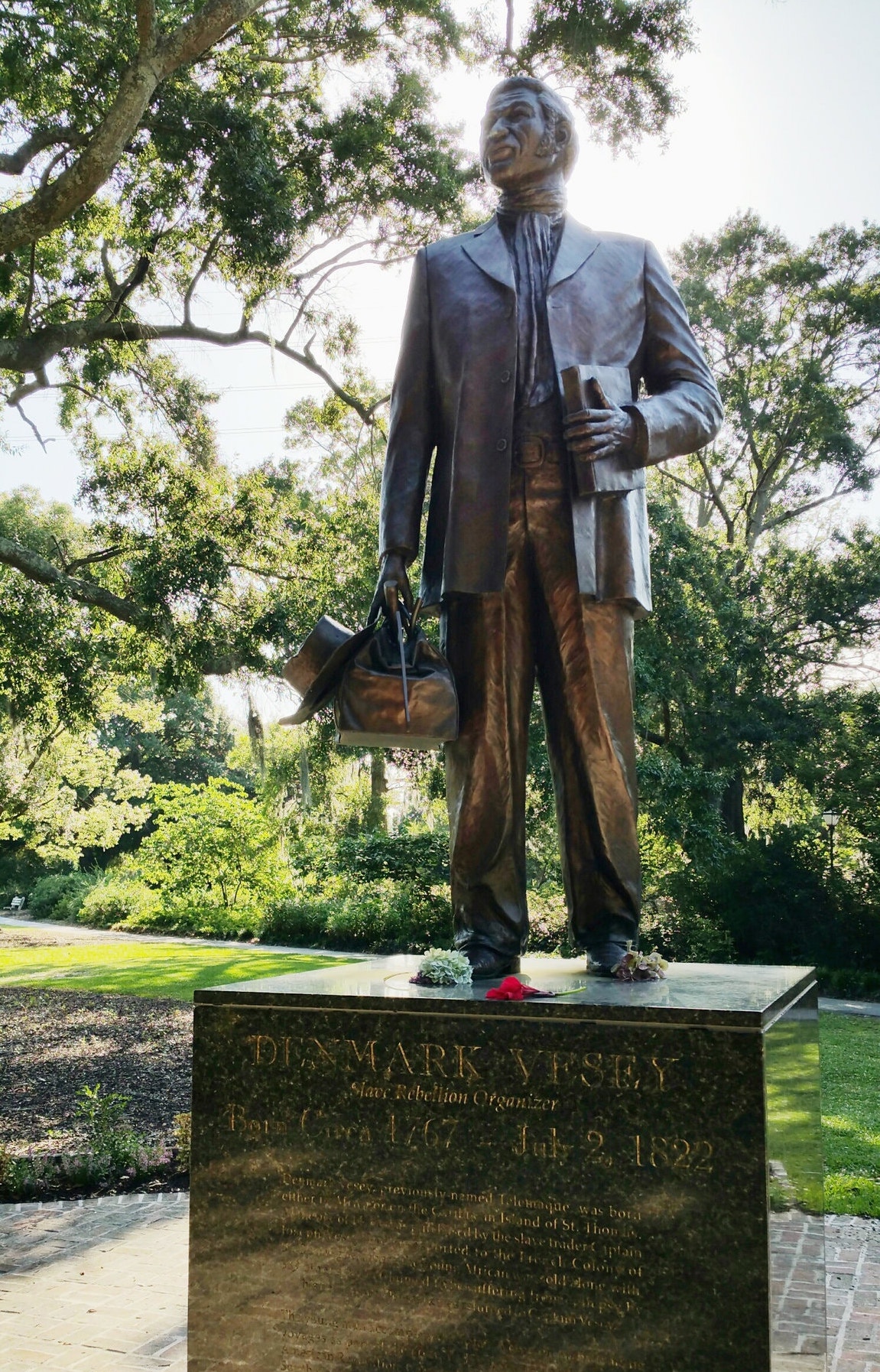