Around 4:30 am on December 4, 1969, plainclothes officers from the Chicago Police Department armed with shotguns and machine guns kicked down the door of the Chicago apartment where several Black Panther Party members were staying and opened fire on them. Though the Party members were asleep at the time and posed no threat, the officers fired over 90 bullets into the apartment, killing Fred Hampton, 21, and Mark Clark, 22—two leaders of the Black Panther Party—and critically wounding four other Party members. Mr. Hampton had been asleep next to his fiancé, who was eight-months-pregnant when he was killed.

Following Mr. Hampton and Mr. Clark’s assassinations on December 4, seven Panthers at the apartment that night, who had allegedly wounded two officers, were charged with attempted murder. In a statement released after the shooting, Edward Hanrahan, the Cook County state’s attorney who had ordered the violent raid, said: “The immediate, violent, criminal reaction of the occupants in shooting at announced police officers emphasizes the extreme viciousness of the Black Panther Party.”

Huey P. Newton and Bobby Seale formed the Black Panther Party for Self Defense in Oakland, California, in 1966. Spurning civil rights tactics of marches, sit-ins, and boycotts, the Black Panther Party was inspired by the self-determination philosophy of Malcolm X and the “Black Power” speeches of Kwame Ture (born Stokely Carmichael). The Party founded youth centers and free breakfast programs, organized legally-armed patrols to guard against police brutality in Black neighborhoods, and became popular among Black urban youth as chapters spread throughout the country. In the 1968-69 school year, the Black Panther Party fed as many as 20,000 children.

Despite their goals of community empowerment and self-help, the Party was condemned by President Lyndon B. Johnson and other national leaders. FBI Director J. Edgar Hoover called the group “the most dangerous threat to the internal security of the country” in the late 1960s. The FBI also launched an aggressive counter-intelligence program aimed at dismantling the Black Panther Party through misinformation, infiltration, and by facilitating violent attacks against the group.

Just four days after the Chicago shooting, on December 8, the Los Angeles Police Department (LAPD) violently raided the Black Panther Party’s headquarters in Los Angeles, California. In 1968, as urban riots were spreading across the country in response to police brutality, the Southern California Chapter of the Black Panther Party formed to help combat the growing threat. The Party established monitoring patrols in Black neighborhoods and worked to ensure police accountability.

On December 8, the LAPD set out to serve a warrant to search Party headquarters at 41st Street and Central Avenue for stolen weapons. Though the warrant was obtained using false information provided by the FBI, police used it as the basis to ambush about twelve Party members inside the building. More than 200 police officers, including the newly militarized Special Weapons and Tactics (SWAT) team descended on the headquarters, armed with 5,000 rounds of ammunition, gas masks, a helicopter, a tank, and a military-grade grenade. During the coordinated attack, three officers and six members of the Black Panther Party were wounded. 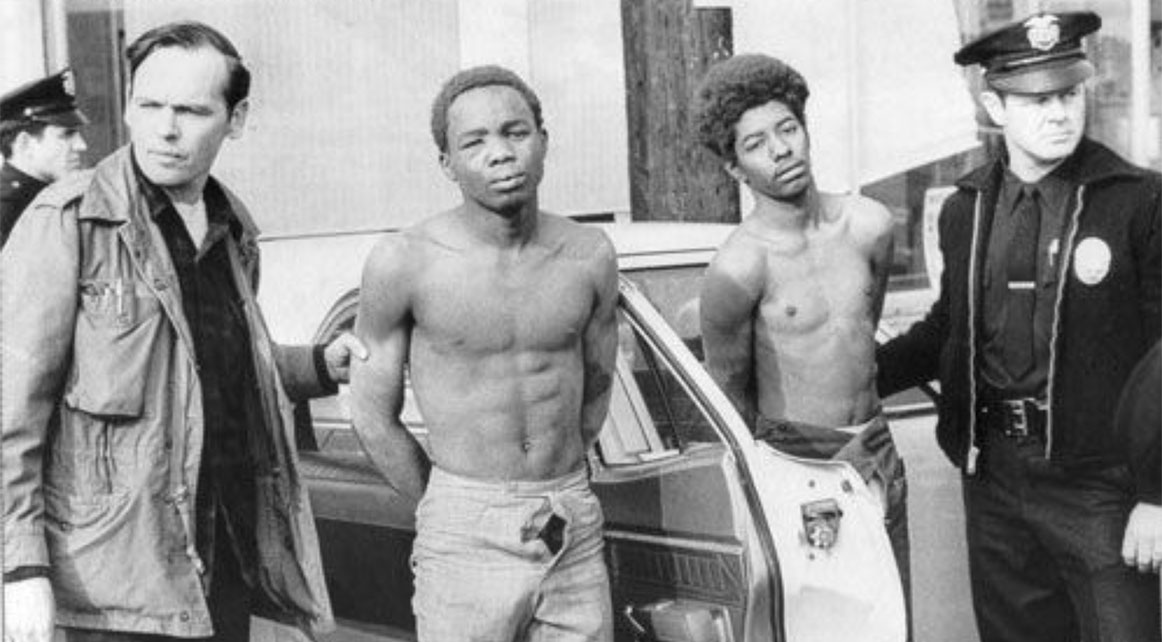 In 1976, five years after the FBI’s counterintelligence program was shut down, a Senate committee concluded that the bureau’s tactics “were indisputably degrading to a free society” and “gave rise to the risk of death and often disregarded the personal rights and dignity of the victims.”