Banned from Indoor Venues Because of Her Race, Renowned Opera Singer Marian Anderson Performs for 75,000 Outside Lincoln Memorial

On April 9, 1939, after being denied the use of every indoor auditorium in Washington, D.C. because of her race, world-renowned Black opera singer Marian Anderson instead performed for an audience gathered outside the Lincoln Memorial.

Ms. Anderson then asked to use one of the local white public school’s auditoriums, but the D.C. Board of Education denied her request as well.

Despite the humiliation of being denied the same accommodations granted to white artists, Ms. Anderson performed on April 9, dressed in a winter coat to keep herself warm, and standing atop a makeshift stage built over the Lincoln Memorial’s steps. A crowd of over 75,000 people attended the event, and millions more listened over the radio. Ms. Anderson opened her performance with “America (My Country, ‘Tis of Thee),” a patriotic song written in 1831.

Over a decade after this show, Ms. Anderson performed at the Metropolitan Opera in New York in 1955, becoming the first Black artist to do so. Throughout her career, Ms. Anderson continued to perform all over the world while also lending her talent to the struggle against racial injustice. The granddaughter of Black people once enslaved in Virginia, she sang at the March on Washington in 1963, and was awarded the Presidential Medal of Freedom that same year.

To learn more about America’s history of racial segregation, explore EJI’s report, Segregation in America. In addition, to learn more about the role that art and artists like Ms. Anderson played in the struggle for equal justice in America, watch this video of a conversation between EJI Director Bryan Stevenson and legendary jazz trumpeter Wynton Marsalis. 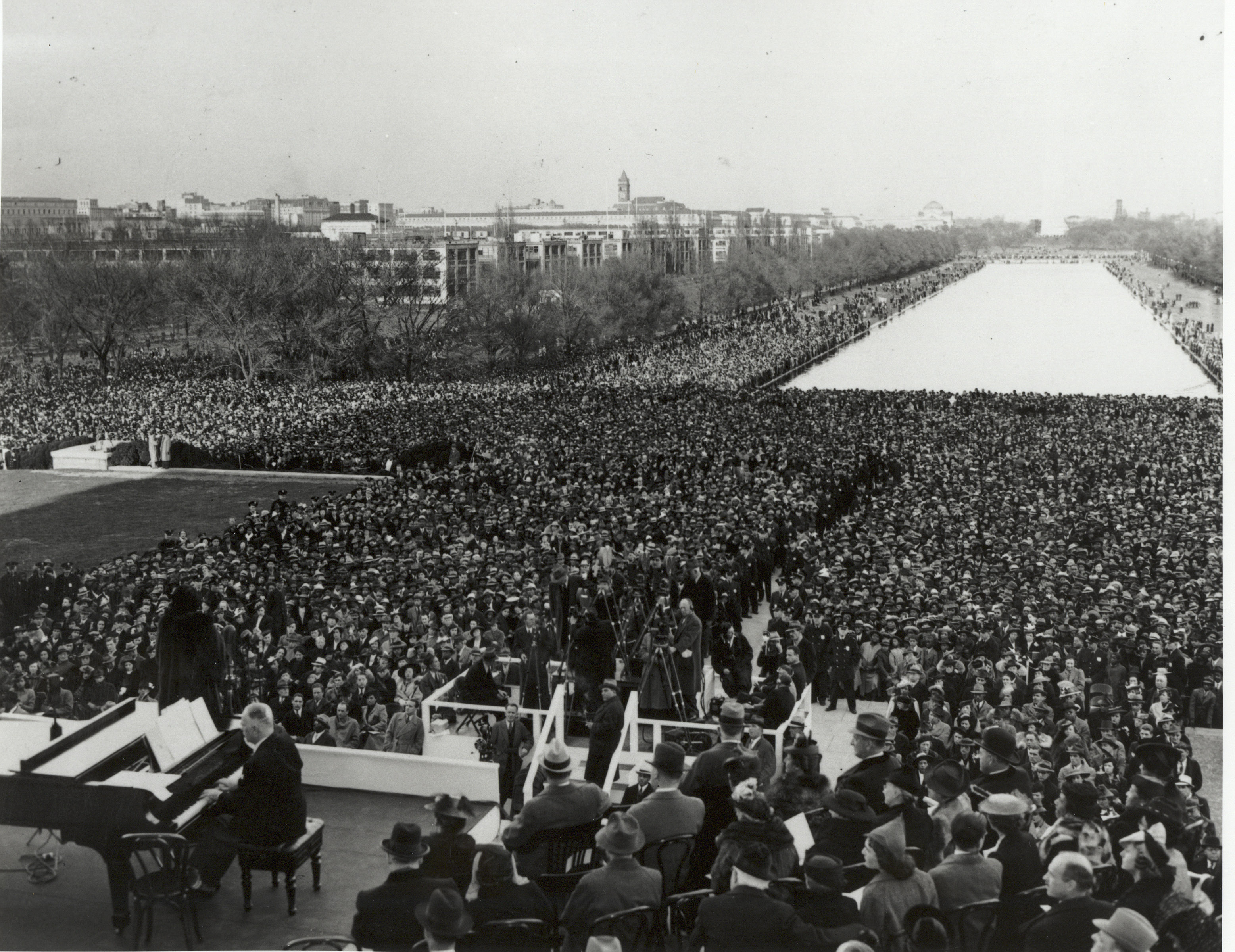