Emmett Till Abducted and Murdered in Mississippi Delta

On August 28, 1955, two white men named Roy Bryant and J.W. Milam abducted a 14-year-old Black boy named Emmett Till from his great-uncle’s home in Money, Mississippi. The men drove Emmett to a storage shed on Milam’s property in Drew, Mississippi, where they took turns torturing and beating him with a pistol, before forcing him to load a 74-pound fan into the back of their pick-up truck. The men then drove Emmett to the edge of the Tallahatchie River, ordered him to remove his clothes, and shot him in the head. Once the child was dead, Bryant and Milam chained the fan to his corpse and rolled it into the river.

Just over one week before, on August 20, Emmett had traveled by train from Chicago to Mississippi to spend two weeks visiting family. A few days into his visit, he and a group of friends and cousins went into a nearby store to buy candy; Emmett was later accused of acting “familiar” with the young white female storekeeper, Carolyn Bryant.

This was a dangerous allegation in the racial caste system of the Mississippi Delta, which was very different from Chicago and unfamiliar to young Emmett. Within a few days, word of the interaction reached Carolyn Bryant’s husband, Roy, and he enlisted his half-brother J.W. in the deadly violence that followed. Two young boys found Emmett Till’s mutilated and bloated body on August 31.

Devastated by the brutal murder and badly disfigured corpse, Emmett’s mother, Mamie Till Bradley, defiantly held an open-casket funeral in Chicago, where thousands gazed in horror at what was left of her son. To show the world the brutality Emmett had suffered, his mother also distributed a photograph of his corpse for publication in newspapers and magazines and later explained her motivation: “The whole nation had to bear witness to this.” 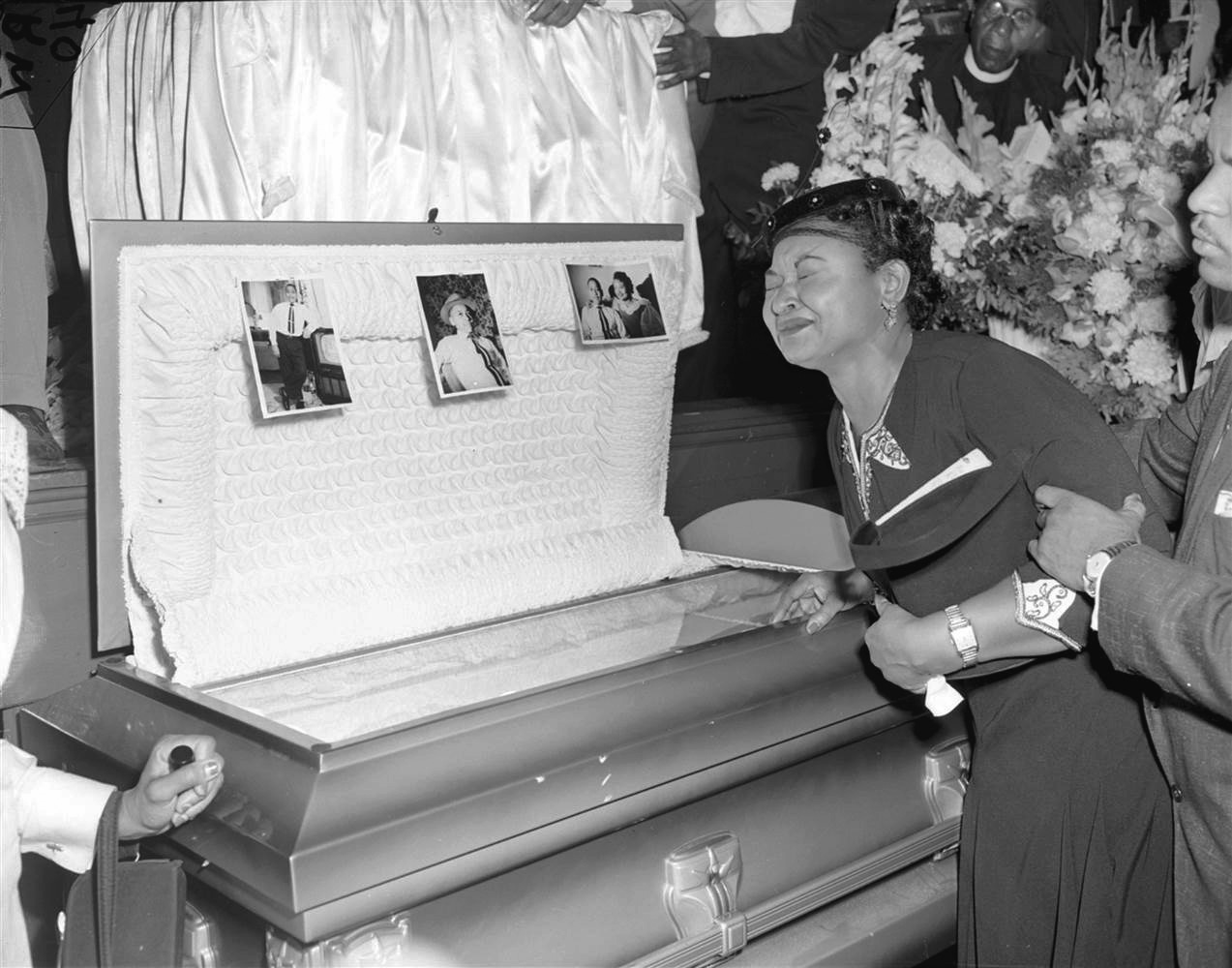